- The first home in Lansing village was Alanson B. Vaughan’s, built 1854-1855.
- First business building was built by his Alanson's son, Phineas D. Vaughan in the fall of 1858 and rented to John Clark for a small store.
- First Post Office was established in 1858 and Phineas D. Vaughan was first postmaster. Post Office has operated continuously since then.
- Plat of Town of Lansing (village) was recorded on February 10, 1860. Plat was made for Hepzibeth Vaughan, wife of Alanson B. Vaughan, he was the surveyor and notary public.

Download File
- Lansing village was incorporated February 17, 1871 and was later rescinded.
- First hotel in Lansing was established in 1864.
- First lumber yard, Vaughan & Wood was established in 1867.
- There was a railroad station here (see photo below).
- Lansing Cooperative Creamery began in February 1894 in a building purchased from Lansing Cheese and Butter Manufacturing Co. A new building was built in 1906. This building has been recently restored by a local resident.
- Lansing State Bank opened on January 5, 1916. It was equipped with a fireproof vault and had safe boxes for rent. Many prominent township residents were stockholders. N. F. Banfield, Jr. was president, L. S. Chapman was cashier. Unfortunately a fire started in the I. G. A. grocery store January 1932 and destroyed both store and bank (bank exploded from gas fumes).
- Lansing village has had many businesses and organizations over the years: blacksmiths, general stores, hardware stores, grocery stores, restaurant and ice cream parlor, grain elevators, coal yards, Mason Lodge, Grange 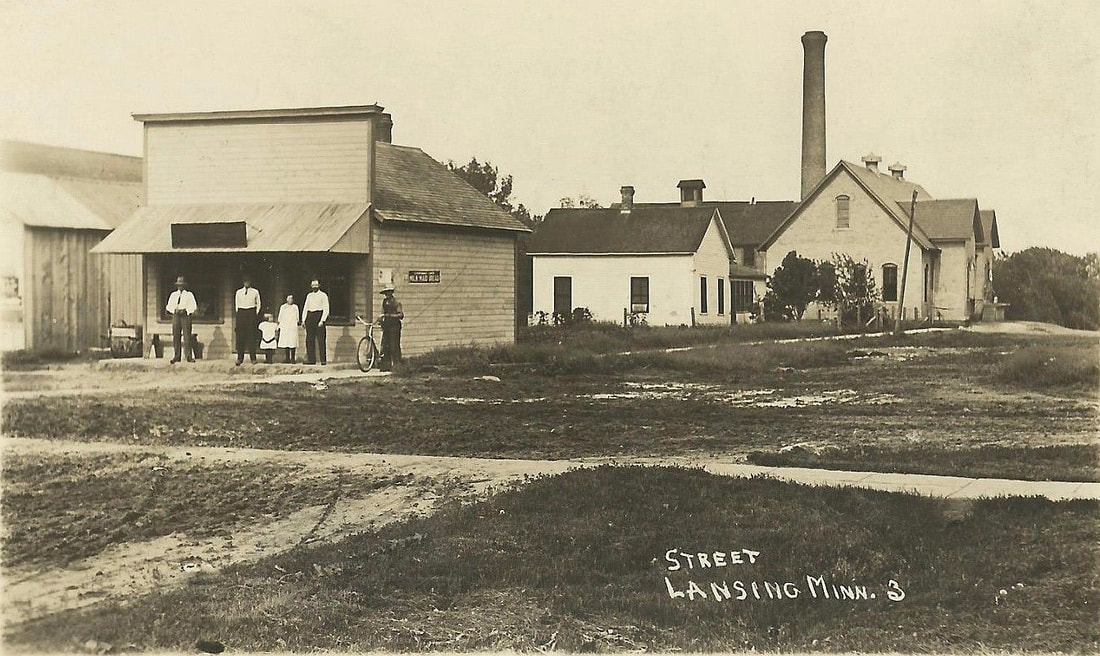